A need for speed: News 12 flies with the pilots breaking gaming boundaries 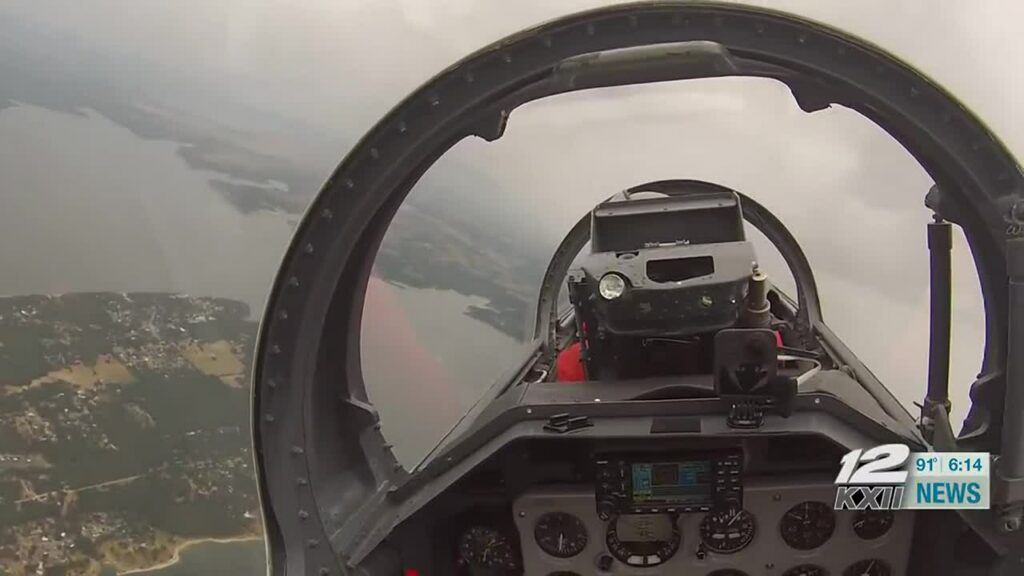 SHERMAN, Texas (KXII) - If you have the need for speed, a combat fighting-jet world championship will take its games to the sky over Grayson county come October.

“Reporter: Okay. Here we go. What did I get myself into?”

“To make it simple, this is the most crazy sport you could ever step in,” said Denis Oliver, the CEO & Founder of Jet 1 Cup.

Essentially, they describe it as fighter jets meeting e-sports games several thousand feet in the air.

“It’s kind of like figure skating in the air,” said Hudson Davis, a competitor. “But you’re maneuvering in the air, pulling G’s, loops, rolls, all that kind of stuff.”

Jet 1 Cup has the need for speed.

This new sport has 12 gamers and 12 pilots, including Hudson Davis.

The six teams fighting to win laser tag in the sky.

“I feel the most calm, the most focus, the most just happy with myself and what I’m doing when I am upside down in an airplane,” said Davis.

And if you’re wondering how someone comes up with this idea ...

“I don’t know if I should say,” said Oliver. “I was drunk in a nightclub.”

The games will take place October 6 through 9 at North Texas Regional Airport in Denison.

They said they chose the location for its flexible space, both on the ground and in the air.

If the adrenaline rush isn’t quite you’re thing ...

Then you can watch from the safety of the ground with tickets to see the show, and Oliver said some of the proceeds would go towards charity.

“This is a tool to reach to the new generation,” said Oliver.

Even though they’re pulling G’s, they want this to be about more.

https://www.kxii.com/2022/07/22/need-speed-news-12-flies-with-pilots-breaking-gaming-boundaries/
Newsletter
No spam. Just the latest releases and tips, interesting articles, and exclusive interviews in your inbox every week.