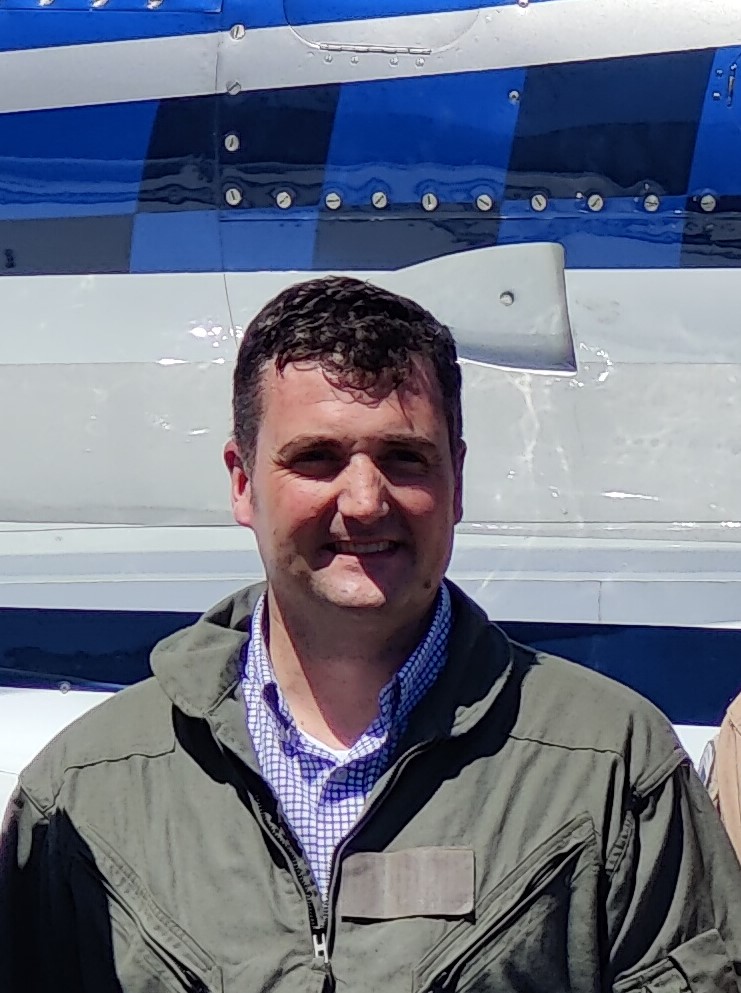 French born and Canadian Naturalized, I was raised in Orléans, France where he first met his childhood sweetheart and now wife, Julie, in middle school. I joined the French Navy in 1996 at the age of 21 and studied at Prytanée National Militaire, a prestigious military French school, with the aim of becoming a Navy Fighter Pilot on the F-8 Crusader.

During my studies, I was deployed onboard various naval vessels including the renowned aircraft carrier, Charles de
Gaulle, where he learnt how to navigate the oceans and supported the testing of the Super Étendard Modernisé and Rafale fighter jets. I later attained a Masters of Naval Engineering and was selected for pilot training where I began training on the Embraer EMB 312 Tucano and graduated at the top of my class then being selected for fighter pilot training in Meridian, MS. Training on the North American T-2 Buckeye at VT-9, then the T-45 Goshawk at VT-7, I achieving my aircraft carrier qualification onboard the USS Harry S Truman.

A longtime dream come true, in April 2002, I was promoted to Lieutenant and received my ‘Wings of Gold’ from the US Navy and the French Navy. The French Navy had recently retired the F-8 and since the Rafale was still in its early years, I was assigned to 17F Squadron to fly the Super Étendard on board the French Aircraft Carrier Charles de Gaulle. I was a young section leader, carrier night qualified and fully operational on all missions, having already participated in many operational missions in various theaters,
including the Middle East and Indian Ocean. As a volunteer for the Pilot Exchange Program in the US Navy on the F/A-18 at VFA-106 in Oceana, VA, I was instructing newly winged US pilots how to perform Basic Fighting Maneuvering (BFM) and Air Combat
Maneuvering (ACM) on the Hornet.

As Lieutenant Commander and division leader, I returned to France as the Executive Officer of 17F squadron. During this period, I qualified as both NATO and French Navy Air Wing Mission Commander, and continued to deploy for operational missions spending months to almost a year at sea each time. With a passion for flying, I participated in various airshows as a demonstrator, safety, and director pilot. After a brief period as deputy wing commander, I was prompted to Commander, and appointed Commanding Officer of the 17F squadron at the age of 37. There, I led a team of 21 pilots and over 200 maintenance engineers and sailors, overseeing the flying operations and training on 16 aircraft. As the Commanding Officer of the last Super Étendard squadron, I made sure that all my pilots were trained well not only in air-to-ground roles as a strike-oriented fighter, but also in air-to-air combat.

Not ready to hang-up my G-suit just yet, with a vast experience flying fighter-jets, I will claim the title as World Champion in the Jet 1 Cup Championship.