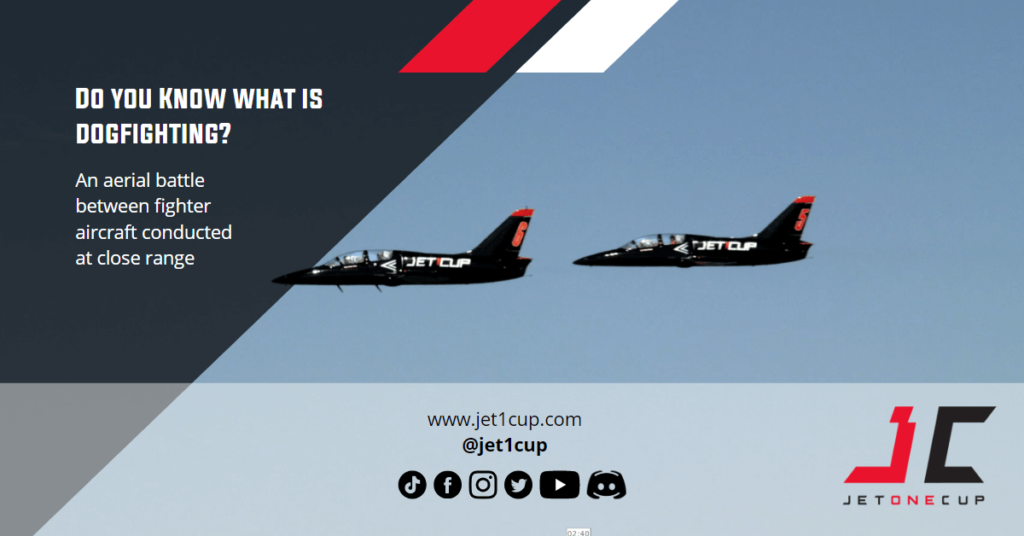 What is Dogfighting? (Airplane related)

Let us make this clear - we are NOT making dogs fight! A dogfight is an aerial battle between fighter aircraft conducted at close range. As per different sources, the first dogfight happened in Mexico and played a larger part in wars in history until the advent of long-range weapons rendered this style of fighting obsolete in the late 1900s.

The origin of dogfighting dates back to the Mexican Revolution, but it became ubiquitous, especially in World War I.

In the beginning, planes in wars were utilized for observation and scouting purposes, but over time they began to transform into aerial weapons. The battle exchanges in the air began with hand-held weapons such as pistols - or even bricks - but the risk was high. Eventually, the planes began to mount machine guns to the planes. With some testing and adjustments, pilots were ready to take on other pilots with heavier ammunition and thus ushered in a new wave of air combat.

Dogfighting requires using aerobatic maneuvers to attack or evade opponents. In the past, they were developed together in accordance with the missiles that were used. Now thanks to the development of more reliable missiles, the need for pursuit attacks was reduced in addition to the vulnerability that airplanes had with them.

Current pilots are trained in this field, which is based on short-range air combat. However, they specialize in air combat that now involves the use of longer-range radar-guided missile systems.

Jet 1 Cup wants to bring the spotlight back and give prominence to these dogfights that were born in times of war as a form of defense in the skies. We are creating the first competition involving fighter jet air-to-air combat. This is a sport that is born from the inspiration of others and a partnership with a league that is gaining just as much prominence - the world of gaming.

The highlights of this are seen in our ...

In the FAQS section, we shed light on how dogfighting will take place at our events!

Are you ready to see this in real life?