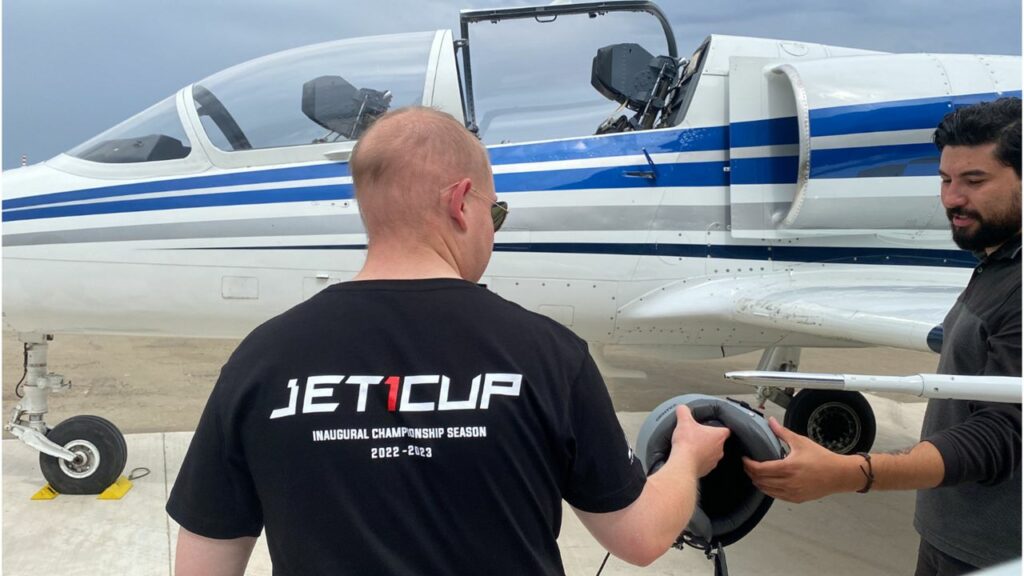 DALLAS — If you can’t get enough of the billion-dollar blockbuster film "Top Gun 2," then there may be a new sport just for you.

Jet 1 Cup is starting off its inaugural season in the Lone Star State, setting up shop at the North Texas Regional Airport in Denison from Oct. 6 to Oct. 9.

According to Jet 1 Cup’s website, they are “a new one-of-a-kind sport that combines aerial combat with e-gaming that will revolutionize events like never seen before.”

It’s an idea and sport that was spearheaded by Denis Oliver, who is the CEO and founder of Jet 1 Cup. The longtime pilot has always been passionate about flying all types of planes and jets. Oliver describes this new sport as an aerial laser tag sport. For the participating pilots, they’ll have an e-gamer on the ground controlling the laser shots. 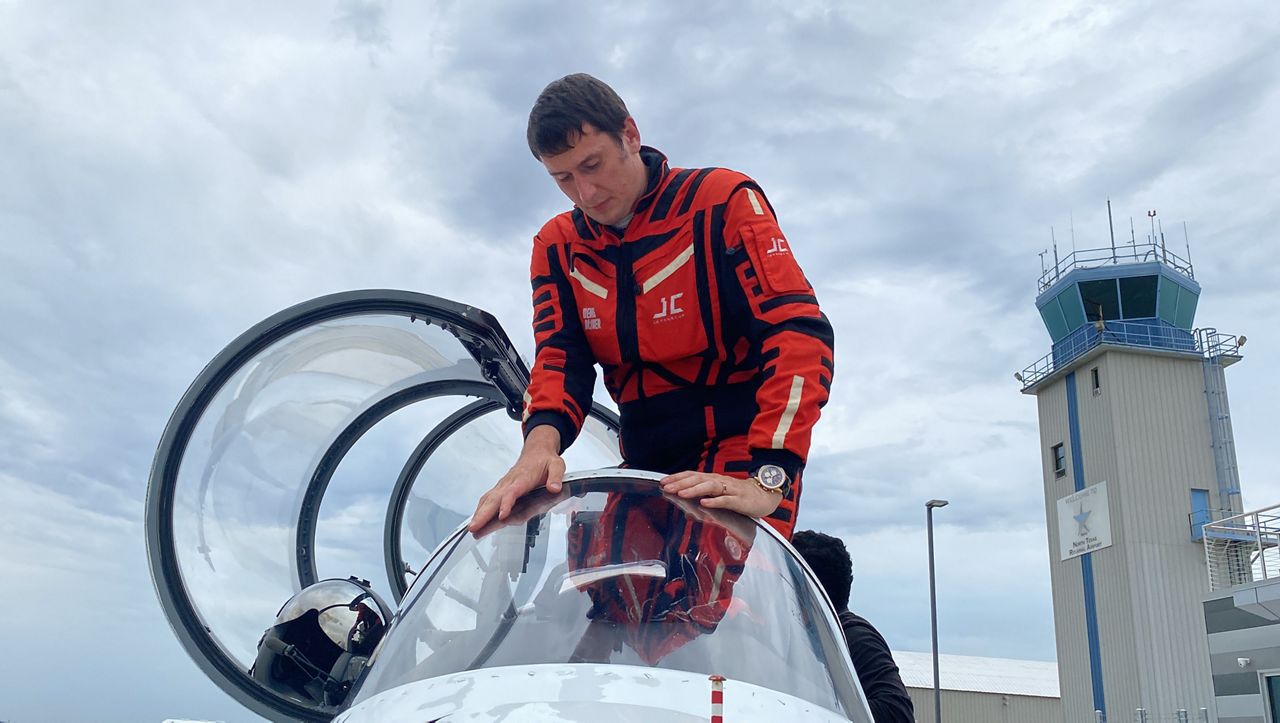 “Whenever you get a shot, you’ll need to go back and land and get to your pit stop, get your fuel, ammunition and take off again,” Oliver said.

For each competition, the team with the most points wins. Oliver says this sport merges the audiences of Formula 1 and esports. In the coming months, Oliver and his crew will start to transform the North Texas Regional Airport into a venue where fans will be able to observe the aerial acrobatics. 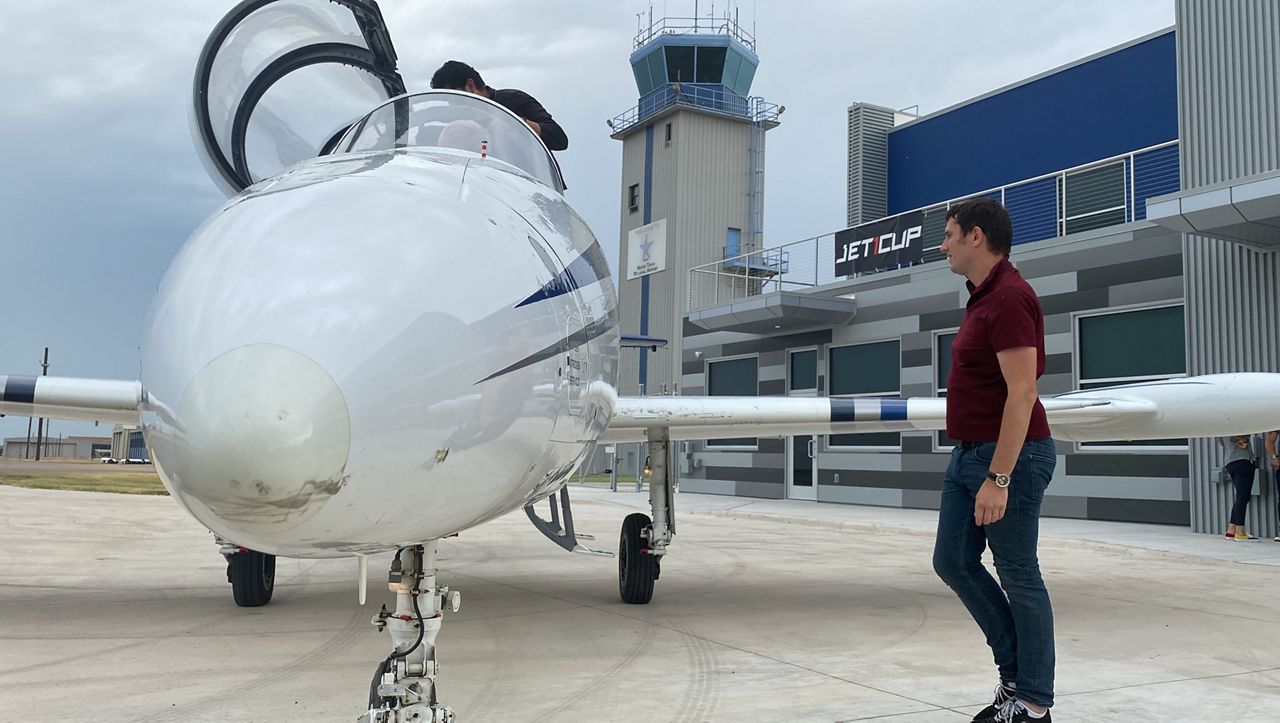 North Texas Regional Airport in Denison, Texas, will be one of several cities to host this competition come fall. (Spectrum News 1/Michael Lozano)

The sport will have 12 competitions, six teams, 12 pilots, 12 e-gamers and, of course, only one winner. Some of the other cities that can expect to see this competition are Los Angeles, Atlanta, Phoenix, Miami and Las Vegas.

One Texas pilot by the name of Miles Turner will try to win it all. Another pilot that’s preparing for the start of the season is Hudson Davis. The 26-year-old commercial pilot plans to put his competitive aerobatic experience to the test. 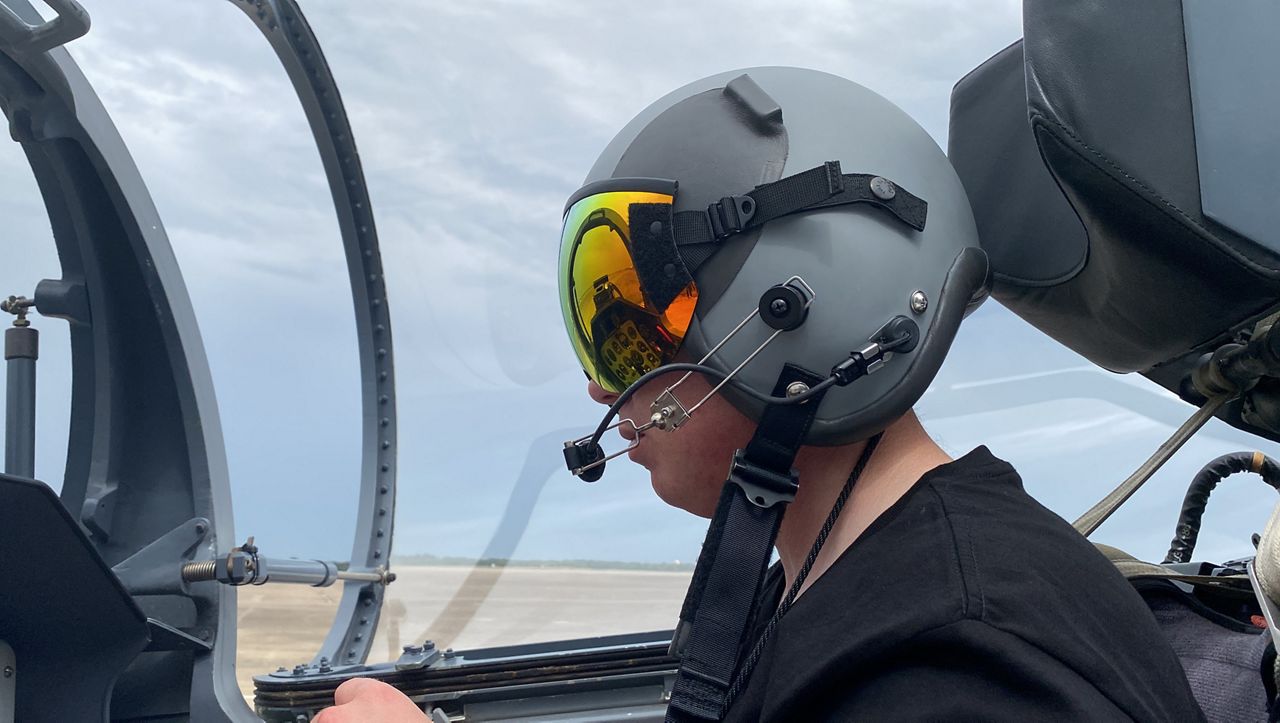 “For me, I absolutely love it. I can’t get enough of it. I’m a bit of an adrenaline junkie,” Davis said.

Oliver is eager to see his creation come to life in a few months, saying it’ll be a sporting event like no other.

“The Jet 1 Cup is opening up a completely new universe, shaking these establishments and creating a new generation of fans for years to come,” Oliver said.

For more information on Jet 1 Cup or purchasing tickets, you can visit their website.

https://spectrumlocalnews.com/tx/south-texas-el-paso/news/2022/07/22/inaugural--jet-1-cup--season-promises-dogfights--one-of-a-kind-sporting-experience-
Newsletter
No spam. Just the latest releases and tips, interesting articles, and exclusive interviews in your inbox every week.