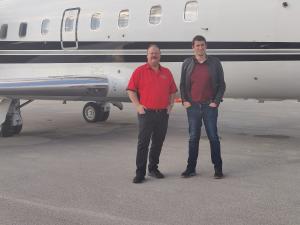 Jet1Cup, the next level of motorsports merging real fighter-jet with egaming brings on David Schultz Airshows' expertise for the safety of its aerial operations

Making sure an event happens, especially as spectacular as the Jet 1 Cup is, needs partners like Schultz Airshows to guarantee the good and safe execution and deliver the promise of this new sport”

MIAMI, FLORIDA, UNITED STATES, April 6, 2022 /EINPresswire.com/ — Jet 1 Cup has contracted with David Schultz Airshows, one of the largest airshow organizers in the world to provide Air Operations Coordination for the Inaugural Season of the Jet 1 Cup. With over 28 years of experience into the airshow industry, David Schultz Airshows has all the expertise and the track record to insure the take off of the Jet 1 Cup.

The Jet 1 Cup is the first and only event of its kind on the world scene; a civilian fighter-jet championship merging motorsport and e-sports together appealing to a broad audience. This is not simply another race with propeller planes buzzing endlessly around a circuit, but a high-impact and varied event which pits the world’s best pilots and e-gamers against each other in exciting gladiatorial aerial combats.

David Schultz Airshows will be at the helm of the Jet 1 Cup Flight Operations both in the air and on the ground. With FOUR FAA accredited airbosses on the Schultz Airshows team, the audience will live an incredible aviation and e-sports experience at each one of the Jet 1 Cup Event Locations.
The Jet 1 Cup is a VIP Centric Event designed for high end patrons and limited general public. The Cup will deliver a high level of hospitality by featuring a French Chef, VIP lounges, a fan zone, grandstands and live music performers. The key goal between Jet 1 Cup and David Schultz Airshows is to provide a high-quality and safe entertainment for everyone. For more information, https://jet1cup.com

About David Schultz Airshow
Since 1994, David Schultz Airshows mission has been to provide superior aviation and airshow services worldwide to Military and Civilian Organizations that are always exceptional. They provide branded services of superior quality, innovation, and value that improve the safety, efficiency, and sustainability of the Aviation Event Industry while inspiring interest and careers in aviation, mathematics, sciences, and the military through positive exposure to the young for their futures; honoring the history of aviation; and respecting all those who have sacrificed and served.

https://www.tampafp.com/jet-1-cup-david-schultz-airshows-partnership-to-bring-the-next-level-of-aerial-sport/
Newsletter
No spam. Just the latest releases and tips, interesting articles, and exclusive interviews in your inbox every week.